Not too long ago it was near impossible to find an empowering female song on the radio, but slowly they have been becoming more and more common.

Below is a selection of 11 all time best women empowerment songs that you can listen to when you need a reminder that you are a beautiful, strong and complete woman.

This song came out in early 70s and served at an anthem for the Women’s Liberation Movement.

Reddy wrote it due to a lack of songs about strong women. The lyrics still speak to many women today with “I am strong. I am invincible. I am woman.”

2. “I Will Survive” by Gloria Gaynor

The lyrics of this song follow the emotional journey of a woman following a terrible break up as she realizes she deserves much better and becomes emotionally stronger.

The strength of this song is it acknowledges the pain of a break up along with the realization that he was no good and not worth her time.

Aretha remade this song by Otis Redding, which was originally a man asking for the respect of a woman, in 1967.

It earned her two Grammy Awards and was the hallmark for the strengthening feminist movement.

While this song may sound a bit subdued now, at the time it came out in 1964 it was pretty gutsy. The song declares her independence as an individual instead of the property of the guy she is dating.

Diane Keaton, Bette Midler, and Goldie Hawn sang this song as a sort of declaration of freedom in the 1996 movie ‘The First Wives Club‘.

Grace Sewell did a cover version of this song (released 2015) which oddly enough is a whole lot more popular than the original song.

The following video is the Grace Sewell’s cover.

5. “I Love Myself Today” by Bif Naked

As the title reflects, this song is about a woman who has decided she deserves way better than the man she had been with.

The powerful vocals reflect the strength of conviction in the lyrics and really show that from then on she won’t be accepting anyone who treats her as second rate.

This song is a narrative about the many hardships the narrator has faced from birth and has survived with strength and grace. Though her life is difficult at times, she is happy with who she is and where her life is heading.

“Because I Am A Queen” is a wonderful song about being accepting, loving and proud of yourself the way you are. She doesn’t rely on superficial things to determine her worth and chooses to do things because they just feel good.

Mariah Carey is known for her powerful voice and lyrics. In “Hero” she sings about a hero figure that comes along to support you.

The catch is that the hero isn’t some other person, it is you. Your internal strength pulls you through your troubles and supports you through life.

This song celebrates the beauty inside all of us. The narrator encourages herself and other to ignore the hurtful words others might use against them, which cause low self esteem and insecurities, and to realize that they are beautiful in their own unique way.

‘Super hero girl’ is a Motown inspired theme song created in celebration of all that women have accomplished and will continue to accomplish in the years to come.

The singer dedicates this song to ‘Margaret Sanger’ who in 1916 opened the first birth control clinic in the United States. Have a listen and you are bound to instantly fall in love with this catchy and uplifting song.

11. Strength of a Woman by Mary J. Bling

MJB delivers a powerful message about the strength within every woman in this beautiful song.

Make a list of songs that inspire you the most and listen to them whenever you need that boost of woman power. 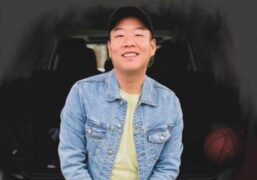 How Did David-So Lose So Much Weight? Secrets Revealed.

108 Most Inspirational Movie Quotes to Lift Your Spirits