Christmas movies have been made in their hundreds stretching back to the earliest days of movie making. Old classics such as Dickens’s A Christmas Carol have been made and remade over and over.

The Christmas theme gives movie makers the excuse for sentimentality and pathos which will be lapped up by old and young alike. Because Christmas is the time for magic, the very best of the Christmas movies are those that personify that idea, helping us to explore and portray all that is best about human nature. The best Christmas movies can make us remember the best of our childhood Christmases and fill us with all the bonhomie and enchantment of the season.

Everyone has their favorites, here’s my list of all time best Christmas movies.

It would be impossible for any Brit to write a top Christmas movie list and not include this one. This specially made for TV animated film was first shown in 1982 and has appeared on TV on every subsequent Christmas since. It is only 26 minutes long and has no words or dialogue which keeps it true to the Raymond Briggs picture book that it was adapted from.

The Snowman tells the story of a boy who builds a snowman that comes to life on the stroke of midnight. Hand in hand, the boy and the snowman ride on a motorbike, fly over the ocean and into the Northern lights before arriving at a snowman’s party. The boy meets Father Christmas.

On waking the next day the boy finds the snowman has melted (handkerchiefs ready at this point). Was it all a dream? Obviously not because the boy still has the scarf given to him by Father Christmas.

This old black and white film has seen greater popularity in the last twenty years than it ever did when it was originally released and was considered a flop. It tells the story of George Bailey, a man contemplating suicide on Christmas eve but prevented by the timely intervention of an angel. The angel shows him the enormous impact he has had on many of the lives he has touched and, far from being the failure he believes himself to be, he is actually a hero. The end of the film sees George returning to the bosom of his family for Christmas.

The film reminds each and every one of us that the decisions and actions we follow in life can have huge significance, even if we are unaware of them. Being as good a person as you can be amongst the mundane and constant tribulations of life is what is important.

Although winning no awards at the time of its making, this film has been named the number one most inspirational American made film of all time by the American Film Industry.

A heart warming, hilarious and tear jerking romantic comedy which explores all the different aspects of love and reminds us that, whatever we do, love is all around us, all the time. Following eight different storylines that all climax on Christmas eve we see romantic love, paternal love, lost love, unrequited love and the love of friendship amongst many other scenarios.

The storyline that follows the ageing rocker and his long suffering manager not only offers the most fun but provides the most profound, thought provoking material in my eyes. If you’re not moved by the end scene where the bitter and wizened rocker arrives on his managers doorstep for Christmas then your heart must be made of stone.

Sometimes the oldies really are the best. Starring Bing Crosby and Danny Kaye this film is full of all the clichés and cheesiness you would expect but still manages to make you feel all warm and cozy about Christmas. It follows the lives of two army buddies who make it big after the war. It is a roller-coaster ride punctuated by a bit of crooning and underlined with the inevitable boy meets girl theme never far from a Hollywood storyline of movies of this era.

Still ranks as an all time great.

Even if you are not normally a Muppet fan, be prepared to be highly entertained by this very special adaptation of Charles Dickens’s classic, A Christmas Carol. For Muppet fans it is a must-see. All of the Muppet characters are there, from Sam the Eagle through Beaker and Miss Piggy and everyone else you care to mention. Michael Caine plays Scrooge (wonderfully) and Kermit is his woebegone clerk, Bob Cratchett. Keep your eye out for all the goings on in the background which may be missed in the first few viewings.

For me, any movie that is based on a true story always adds extra whack to my viewing. A.C. Gilbert was a toy manufacturer who was persuaded, against his wishes, to turn his factory into a munitions production plant during World War I. Gilbert rallied against the government who wanted the war effort to include papering over Christmas.

This film is for those who want heart-warming without schmultz and without the all-too-often dumbing down we are subjected to as viewers.

Unusually, both the old and the new version of this film are magical. The story follows a man who plays Santa Claus at Macy’s department store in New York. The film deliberately questions whether this man is actually the real Santa and when his actions see him committed to a mental institution, the outrage and sadness that is felt is very real. The ending scenes of this film are so touching that even the most cynical person will start to wonder whether there really is a Santa Claus. However, that isn’t the intelligent undercurrent of this film. The message is clear – no-one has the right to strip magic and belief from another. If you ever find yourself struggling to get into the Christmas spirit watch this film for a complete cure.

Another Dickens’ A Christmas Carol adaptation which expands and adds a little to the original story without taking anything away. Never was there a better portrayal of the Ebenezer Scrooge character than that of Alistair Sim in this movie. The dark parts of the story are truly black while the emotional tugs are done beautifully. The story has been done many times since but has never yet, in my opinion, improved on this version.

This title was the Brit version, other audiences just know this film as ‘Christmas Vacation’.

It is part of a movie series that follows the hapless Griswold family, courting disaster, major mishap and chaos whenever they go away on vacation. Clark, the supposed head of the Griswold family, played by Chevy Chase, is an eternally optimistic character. His constant good intentions and perfect visions for his family’s holiday fun win you over as a viewer especially as you know that complete disaster will inevitably follow.

This is one of those films that loses nothing from repeated viewing, in fact, quite the opposite. If you are looking for festive fun and total silliness then your search is over.

50 Unusual Male Celebrity Nicknames And How They Came About 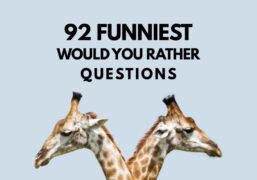 70 Would You Rather Avengers Questions (For Diehard Avengers Fans) 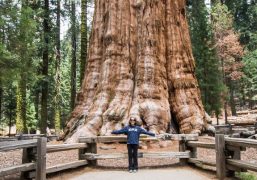