David-So lost over 60 lbs of weight and he attributes it all to the habit of walking 3 miles every single day. Let’s see how he did it and how you can achieve results similar to David by following what he did.

Who is David So?

David So Before and After pictures

What motivated David to lose weight?

David started taking his weight loss seriously after he started experiencing health issues like heavy breathing and sleep apnea which were making his life miserable.

But his real motivation to lose weight came after listening to a Joe Rogen podcast where he interviews a guy named David Goggins – a retired Navy seal who was overweight and had to overcome a lot to reach success in life.

You can listen to the podcast here:

This podcast motivated David to stop focusing on what others are doing and instead think for himself and fight those inner demons that were keeping him from sticking to a weight loss goal.

Here are 5 secrets to David’s weight loss that helped him lose over 60 lbs in little over a year.

1. Developing the habit of walking

David attributes a large part of his weight loss success to walking; more importantly, developing the habit of walking daily.

David started walking 3 miles a day and because he was doing it on a daily basis (forcing himself not to skip even a single day), it soon turned into a habit. And habits once formed are hard to break.

According to research, it takes around 66 days to form a new habit and once it is formed things become automatic. In other words, you won’t need to put in as much effort to do the activity that you had to put in initially.

According to David, “When I started to walk 3 miles every day it did something for me, not only did it help me burn calories and become active, what it did for me the most is that it taught me to set a habit. Rain, sunshine, wind, it doesn’t matter, no matter what, you can always walk.”

Here’s a video where David talks about how he started walking:

“Don’t worry about the scale and prove to yourself that you can commit to something for at-least one month.” – David So

David also made massive changes to his diet and the way he connected with food.

David was addicted to eating unhealthy foods that were high in calories and low in nutrition (which is what most junk foods are). These foods are high in calories but because they lack necessary nutrients they have a very low level of satiation. In other words, these foods won’t make you feel full irrespective of how much you consume. So you end up consuming a lot more than you actually need.

For example, you can easily end up eating a bag full of potato chips or Doritos but you still won’t feel full for long.

David also had the issue of consuming foods constantly throughout the day never actually experiencing the feeling of hunger.

David made the right choice of switching to natural whole foods and slowly came out of his addiction to unhealthy foods.

Here are a few changes that David made to his style of eating:

David’s go to food these days is Shabu-Shabu, which is a Japanese dish that consists of thinly sliced meat and veggies boiled in water.

According to David, what most people do is just the opposite – high intensity and low frequency, which is why they do not succeed.

When you first start your weight loss journey, you are all excited but the excitement goes down slowly and before you know it, you are no longer motivated. This happens because of the need to seek quick results. For instance, a lot of people make a resolution to lose weight and go to the gym all excited and work out pretty intensely for one or two days only to lose interest and not continuing with it.

Instead David’s mantra is to do small things but do them consistently over a long period of time. In other words, develop a habit or a routine that will stay with you throughout your life and not just during your weight loss phase.

A little goes a long way. Doing something small on a daily basis will help you get the momentum rolling and then it will carry over to all the other things in your life, like you start exercising more, eating cleaner, etc.

Remember that in a weight loss journey there is nothing like quick results. It took you a while to gain all this weight and it is going to take time to lose it. So do not go after the quick results. Instead, focus on taking small yet consistent efforts to lose weight.

When you do that, your results will come a lot slower but they will last a lot longer.

Remember, it is the slow and steady that wins the race.

“I failed so many times before because I kept on looking for quick answers, I always put a time limit on when I was going to lose this weight.” – David So

“The biggest disappointing thing that I did was, I looked at other people’s results and what they were getting out of life, or what their fitness program was and I wanted to get what they had.” – David So

One other important factor that helped David lose weight was to become aware of the negative stories he was telling himself.

It often happens that you get so caught up trying to prove something to somebody else forgetting that sometimes the person you need to prove wrong is the person inside you who constantly doubts you everyday.

So become conscious of your self talk and the thoughts running in your mind. If you catch yourself talking down on you then take time to re-frame that thought. For instance, if you catch yourself saying, ‘I cannot do this’, re-frame it to, ‘I can easily do this if I put in consistent effort.’

Stop setting goals to disprove what other people say or think about you, but instead to fight your own inner demons. Start believing in yourself.

One important lesson that David learned from listening to David Goggins is that there is comfort in discomfort, meaning that you cannot achieve something in this world without being a little bit uncomfortable. The things that you want are on the other side of discomfort.

Things will feel uncomfortable for the first few months but after that, it’s going to be so much easier. The important thing is to remain consistent and take personal responsibility.

What can you learn from David’s weight loss journey?

“The journey of a thousand miles, starts with a single step.” – Lao Tzu

You don’t have to start walking 3 miles everyday as David did. Just start walking one mile a day (or take up any low impact activity that you can complete) and stick to doing it every single day for 1 month so you can prove to yourself that you can commit to something for a month. You can increase your miles as you go along. Don’t worry too much about that.

Secondly, do not be too focused on your end goal and instead enjoy the process. In other words, do not rush at the end of each walk to check your weight. That will only discourage you. Instead make walking a mile each day your goal and stay focused on it for a month before checking your weight.

Thirdly, deal with your inner demons instead of focusing on others. Do not allow the myriad of information out there to bog your down. Keep it simple and keep it consistent.

And finally, here is a quote from David-So to end this article, “The hardest part about fitness is people being honest with themselves. If you don’t like the way you look then you have the ability to change it, but if you keep trying to convince yourself that you are happy with the way you are when you are not, that’s where it’s going to mentally f you up.” 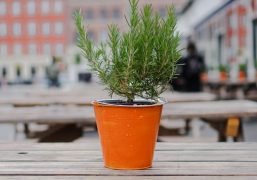